Two lots were donated and lumber was provided at cost by a Jerseyville lumber dealer and construction was started on a building in May. Citizens of Delhi hauled the lumber, stone and other construction materials. The building was completed at a cost of $3,000 and dedicated on September 13, 1891. A balance of $900 was owed on the building and a challenge was issued to dedicate the structure debt free. More than $1,000 was contributed which allowed for the purchase of a furnace. 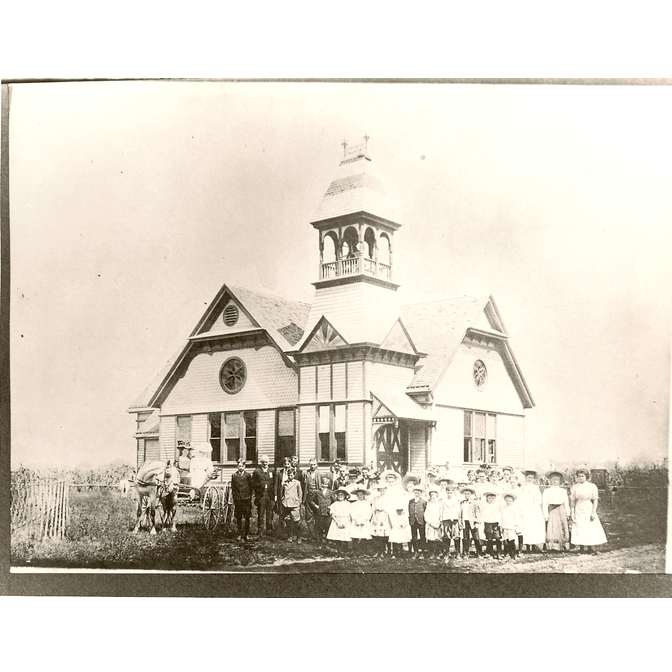 Regular services were held for several years and new members were added. When some moved away and others were lost by death it was hard to maintain regular services. A group of United Brethren asked to take over the property and they were granted the right as long as they kept the building open. If they failed the facilities would revert to the Baptists which is what happened.

Eventually services were resumed but sometimes it was a struggle to keep the church building open.

A long time member, Mrs. Julia Sunderland, recalled an early baptismal: "Back of the church men gathered a lot of old iron pieces of railroad track, while others were bringing logs and more logs, and a fire was started to heat water. Another group was filling Sunderland's water tank to bring water to fill the baptistery. The red hot irons were thrown in, and when the water was warm, they were dragged out.

Finally , everything was in readiness, and the services were performed. Next plan was to use stock water heaters. Eventually, the baptismal tank rusted and would not hold water." Later baptisms were held in other churches and in Piasa and Otterville Creeks.

For many years only Sunday School was held. A group of young people attended a Youth for Christ meeting and were so moved that they asked the adults to start regular church services. They did and the church began to grow.

In 1952 the building was remodeled, the pews were replaced and a fellowship hall was added three years later. All the work was done by volunteers.

The first full time pastor, Carl Holwerda, was called in June 1959. A parsonage was purchased the same year. After investigating the feasibility of improving the original church building it was decided to build a new structure. Ground was broken in 1966 and the building was dedicated in April, 1970. The old church building was razed in 1972. 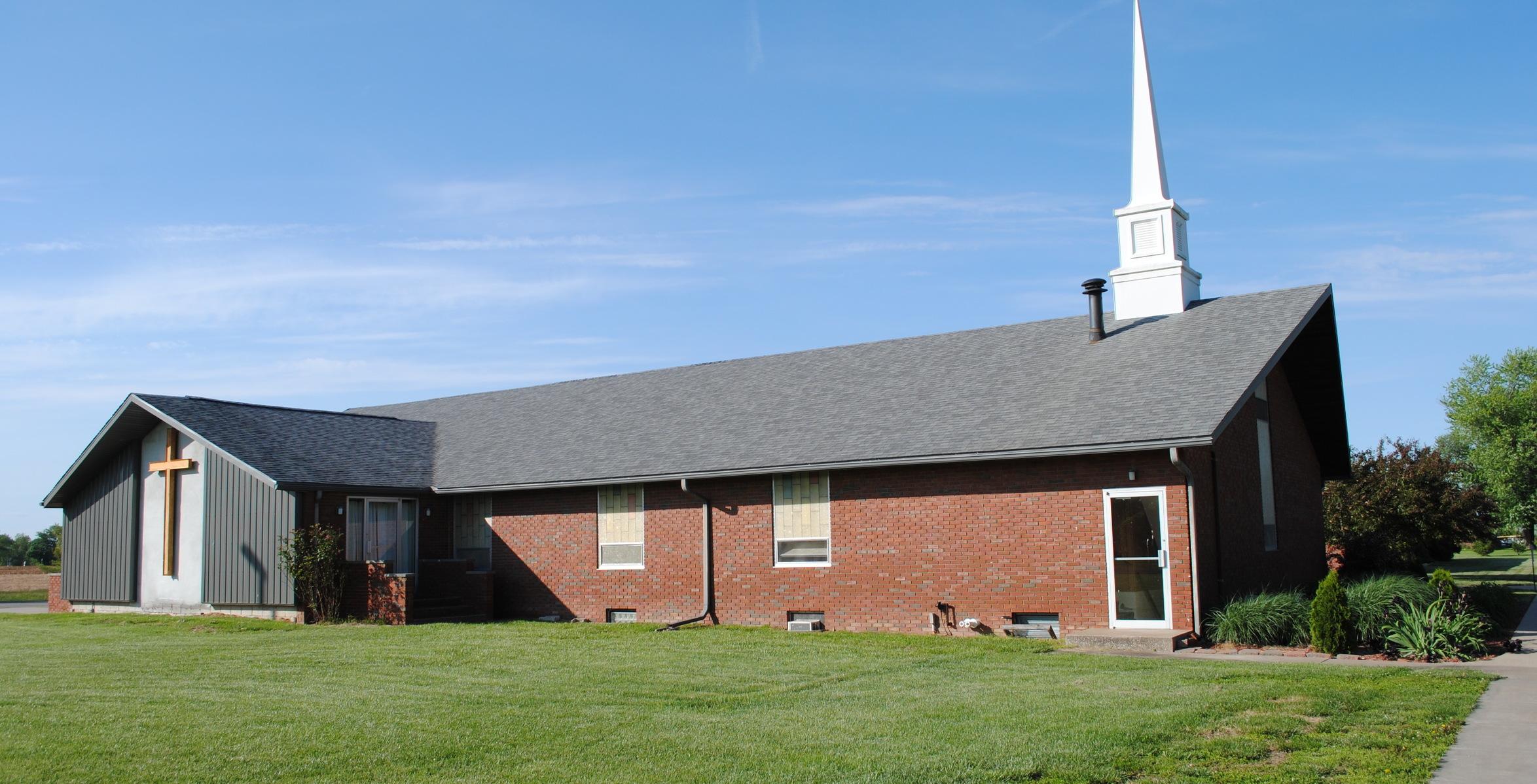 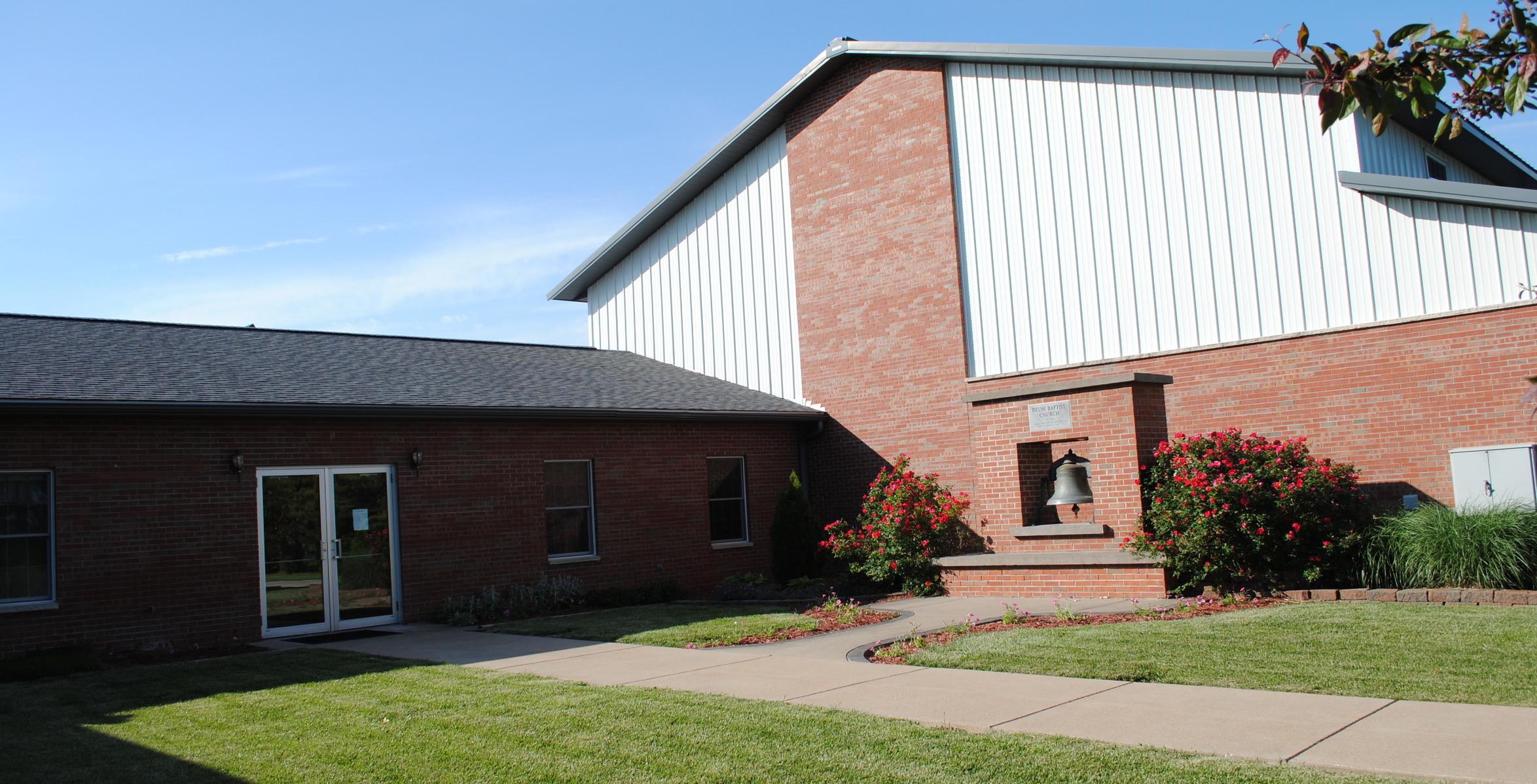 A new parsonage was completed in 1980 and the old parsonage was sold and moved to a lot on Stage Coach Road. The church continued to grow and the fellowship hall was not adequate for the needs of the church. In July 1998 ground was broken for a new multi -purpose building on the east side of the church building and construction started in September. After the building shell was finished, missionary builders and volunteers finished the structure. The building included church offices, a nursery, conference room, kitchen, dining room, a large multi-purpose room and restrooms. It was finished late in 1999 and the church started using it in January of 2000. 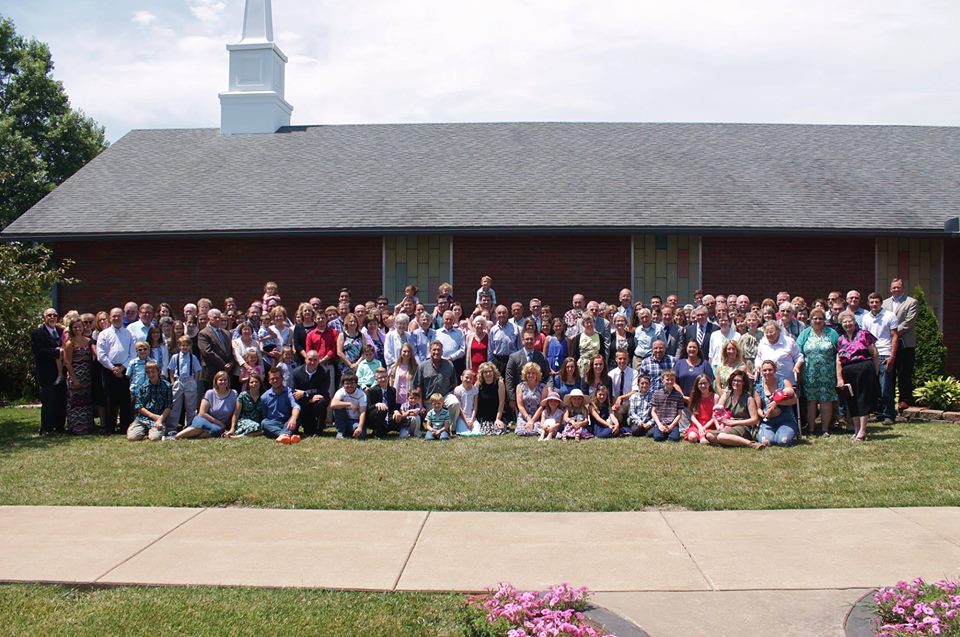